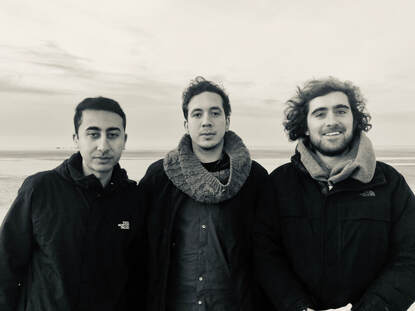 Based on five pillars: Nature, Gathering, Protection, Joy and Inclusion, 'A Hug' is a home that embraces multiple cultures, different beliefs and traditions, a space of tolerance, cooperation and happiness. In addition, this proposal follows the character of the natural elements given by the place which dictate how the building integrates within the context .

The first step is directly connected to the ground. The plinth consists of successive platforms placed along the slope, intrinsically shaped by the topography. They limit the majority of the spaces created. Their placement in different heights of the topography minimizes the removal/addition of the earth, creating at the same time a smooth ramp arrangement that binds the sole project in a single loop. Besides its formal amenities, it is affective in constructive and economical aspects. Above this element, clay brick walls will define the limits of the project.. A clay\mud hybrid construction was primarily used. Clay is abundantly available in the region, and is traditionally used in the construction of housing. The traditional building techniques are modified and modernized in order to create a more structurally sturdy building in the form of bricks.

Around the main courtyard, a system of folding doors made out oflocal wood defines the interior limits, creating a flexible interior spaces. A wooden structure is designed for the use of traditional methods of building with heavy timbers, creating structures using squared-off and carefully fitted andjoined timbers with joints secured by large wooden pegs.
Lying on this structure, a roof of metal sheets will cover the project, collecting ali the run-off water in order to store it in two water tanks for later use.

Among all these components, appears the kids dimension , collective facilities that fully accommodate individual kids desires. A sequence of joyful elements, in between spaces and icons, producing a continuous state of excitement.

Above and in a single gesture these pieces are brought together. 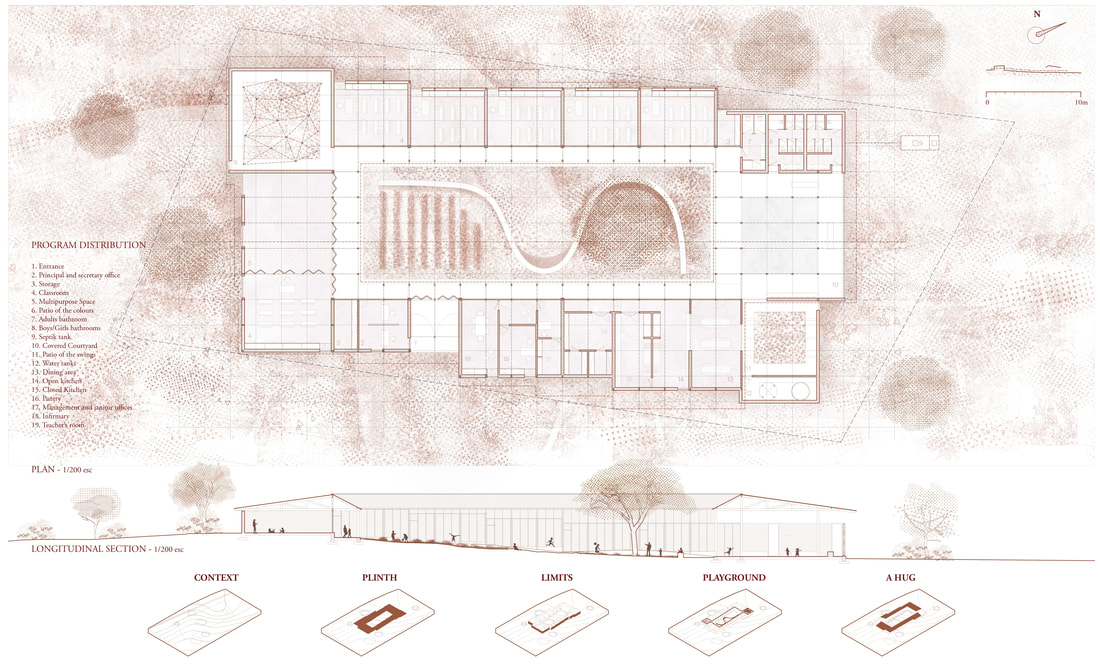 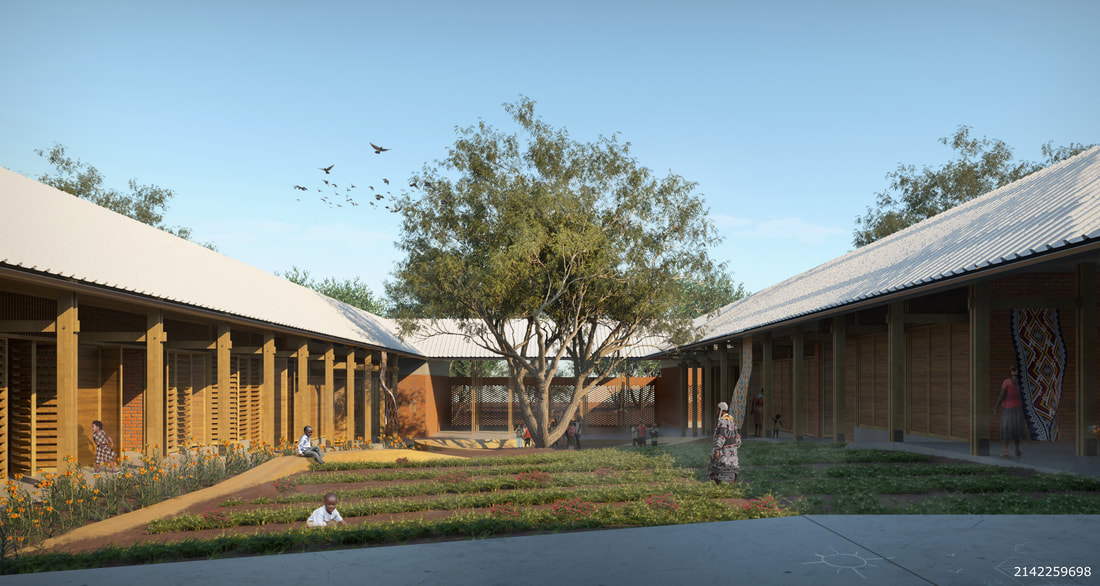 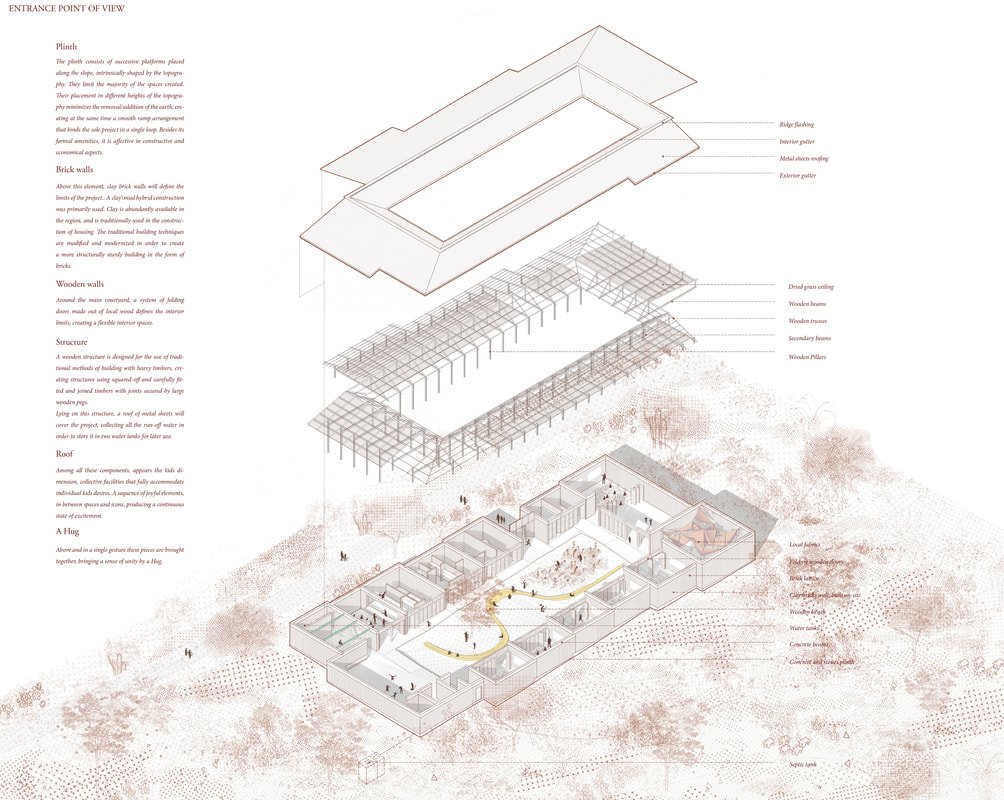