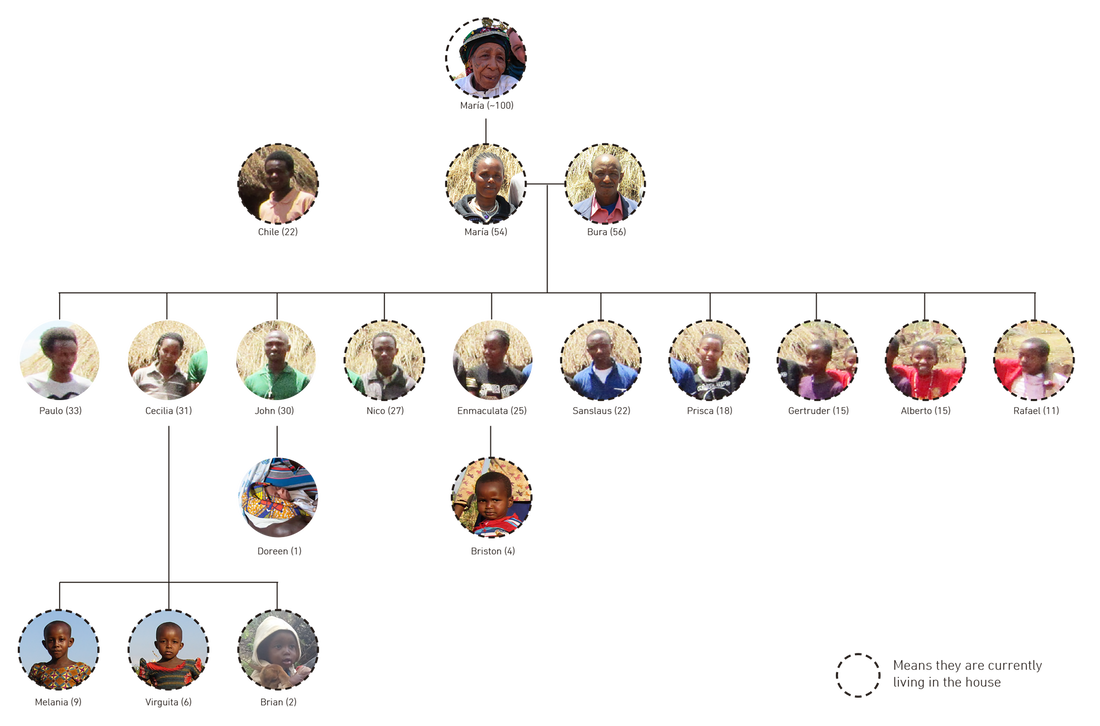 Paulo is the oldest of 10 children and is currently 33 years old. His parents, Maria and Bura, are 54 and 56 years old, and support a family that does not stop growing. They are dedicated to daily tasks, cultivation of fields, care of livestock and maintenance of adobe houses. Their wish is that their children can study at school, since in Tanzania education is not free. All the stress they go through is reflected in chronic diseases such as stomach ulcers that Maria suffers.

Cecilia (31 years old) already has 3 children: Melania (9), Virguita (6) and Brian (2). She is a teacher in a distant town and cannot take care of the 3 kids by herself, so they live in Getamock with their grandparents (Maria and Bura).

John is 30 years old, and he’s a professor in Dar es Salaam, the financial capital of Tanzania. Although he lives far away, he often goes to visit the family. He has a daughter named Doreen (1).

Nico (27), the fourth brother, didn’t go to school, but he makes a livig with multitude of activities in the town. During summer, he also helps in the archaeological excavations nearby. He’s currently building a small brick house in the plot to move with Paulina, his wife.

Enmaculata is 25 years old and she lives in Arusha with her husband. They have a son, Briston (4) that lives with his grandparents. She sells fruits and vegetables in the town.

Sanslaus (22) is the only brother that has completed secondary education. He speaks English fluently and wants to continue studying to fulfill his dreams.

Prisca, 18, is finishing high school. She is still living in Getamock with her family and helps her parents as much as she can, taking care of the whole family. She hopes to continue studying in the near future.

Alberto and Gertruder are twins. They are 15 years old and have just started high school. They are very active, happy and responsible children. They help the family with livestock and crops.

Rafael (11) is the youngest brother. He his studying primary school. Despite his young age he is incredibly mature and responsible, taking care of many tasks at home. He is a vegetarian because he does not like the taste of meat.

María, the grandmother, is such an important person in this family. Although her exact age is not known, the family estimates that she must be around 100 years old. She was the second wife out of four, from a polygamous marriage.  She had to marry twice because his father wanted to receive a bigger dowry. She has had a very tough life, with much suffering and, dispite her diabetes, today her tattooed face reflects wisdom and serenity.

Chile is also part of the family. He’s the mother’s nephew. His mother passed away years ago due to breast cancer. Then he had to go live with his uncles. He is 22 years old and has finished high school, but for economic reasons he hasn’t been able to continue studying. He is a member of the family and helps economically as much as he can along with Nico.

This is the entire Jorejick family. 15 of them are currently living in the house. We could say so many things about each one of them. They are all incredible people, self-sufficient, and an example of maturity and ability to overcome their problems. 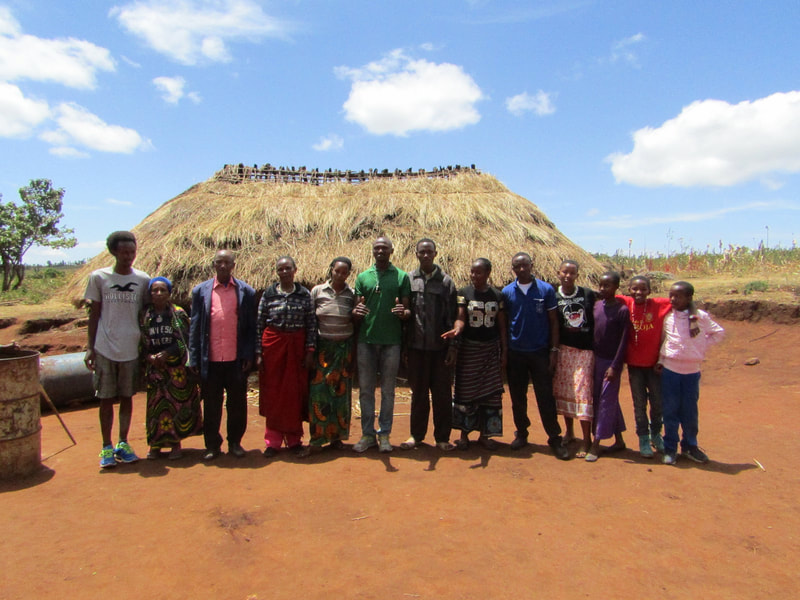 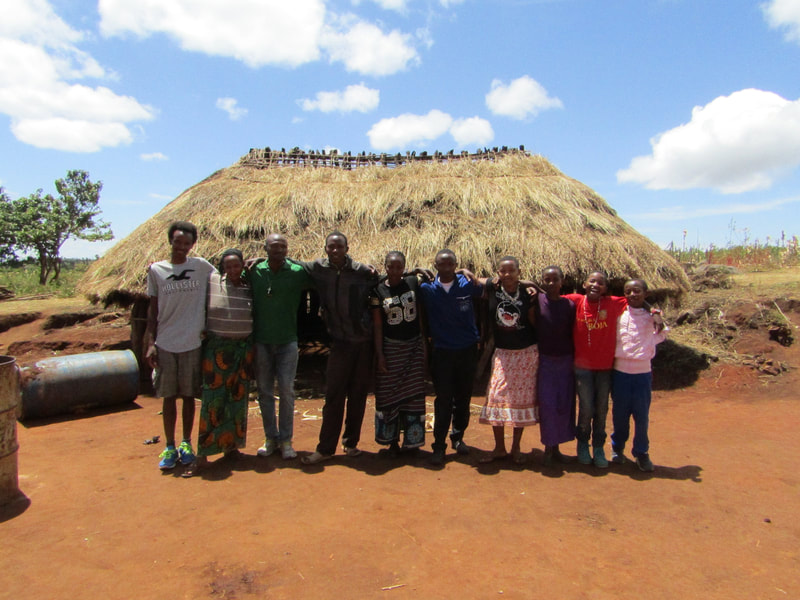 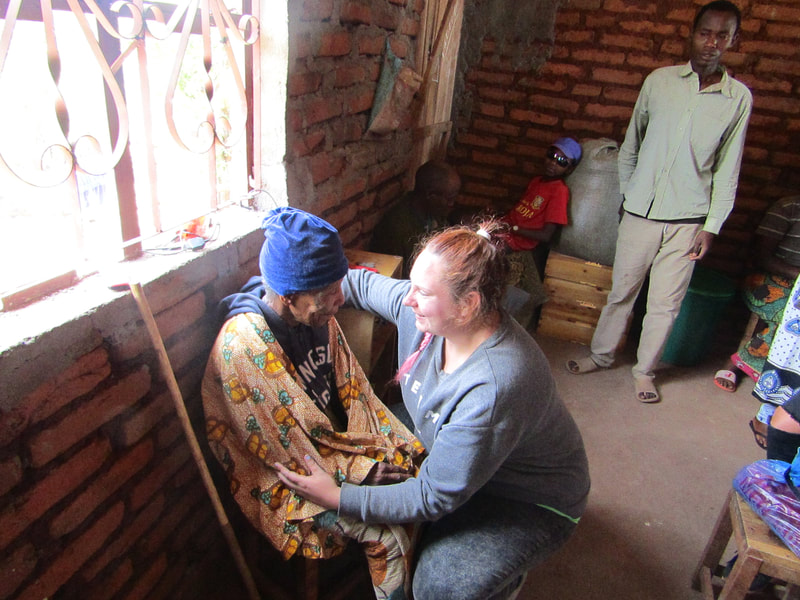 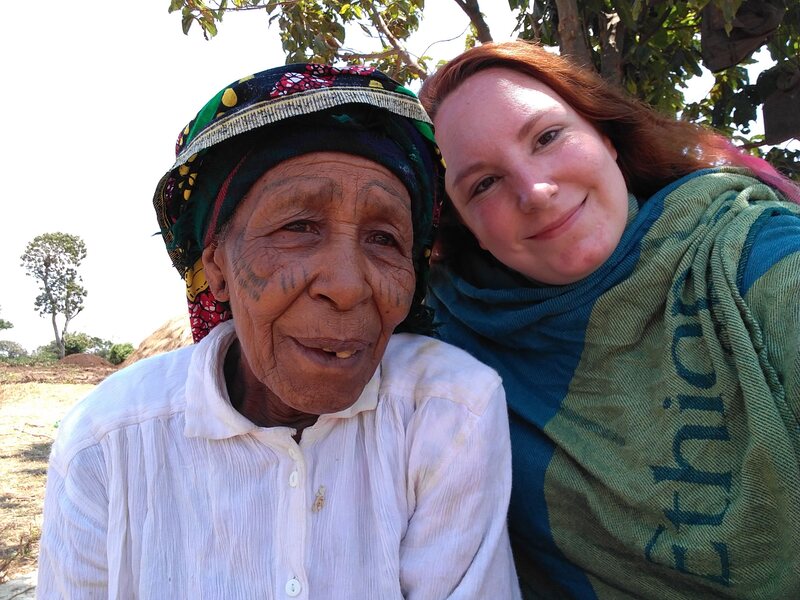 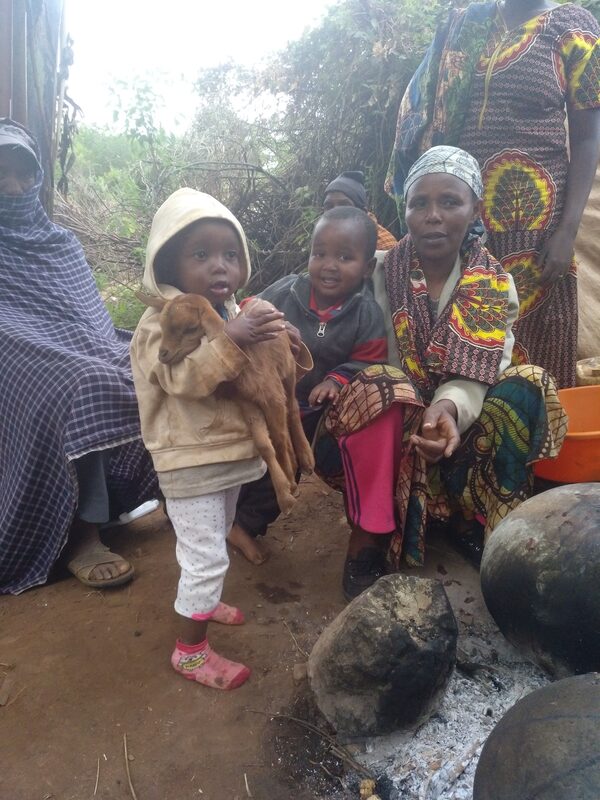 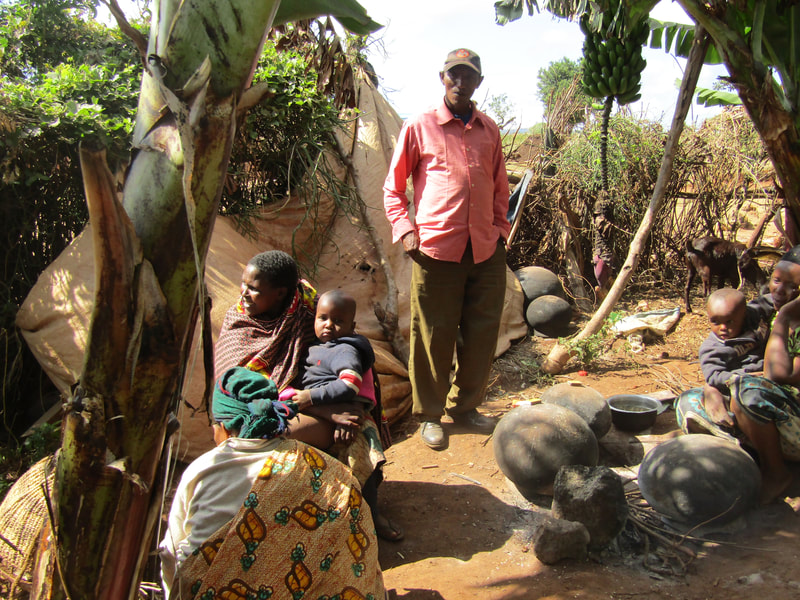 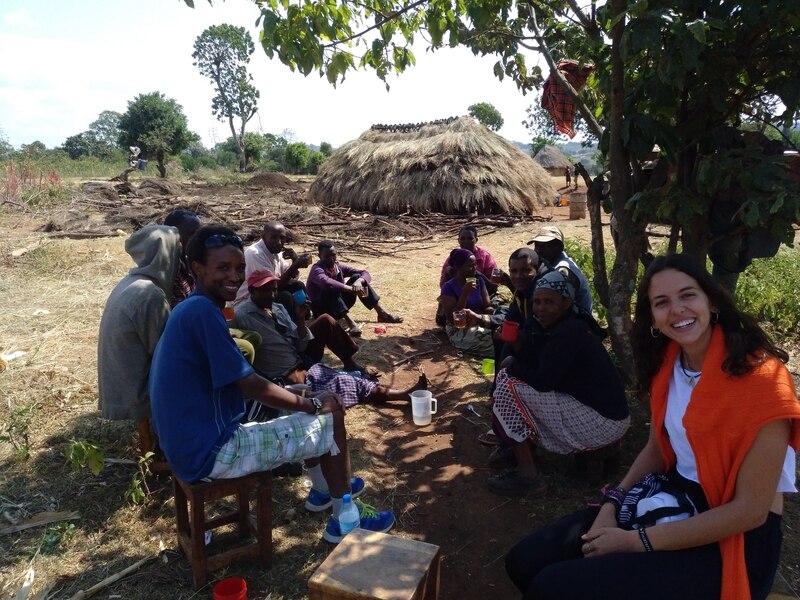 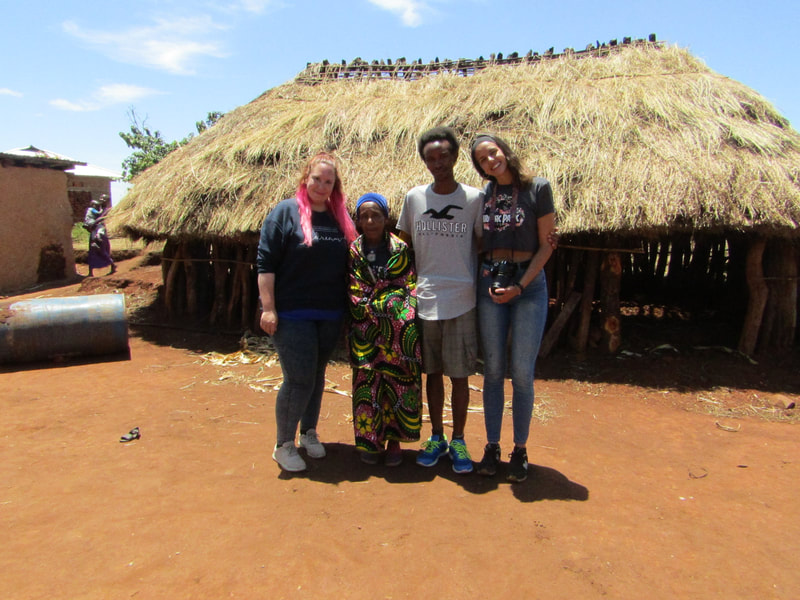 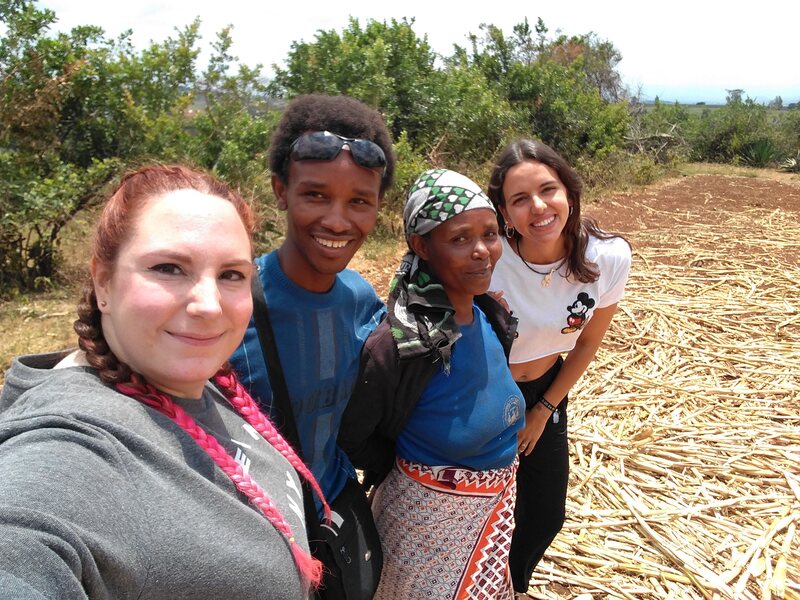 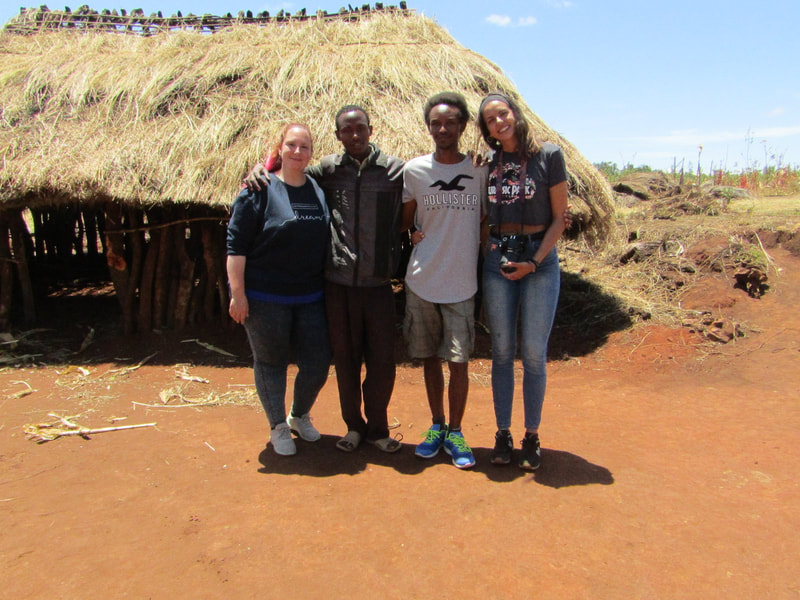 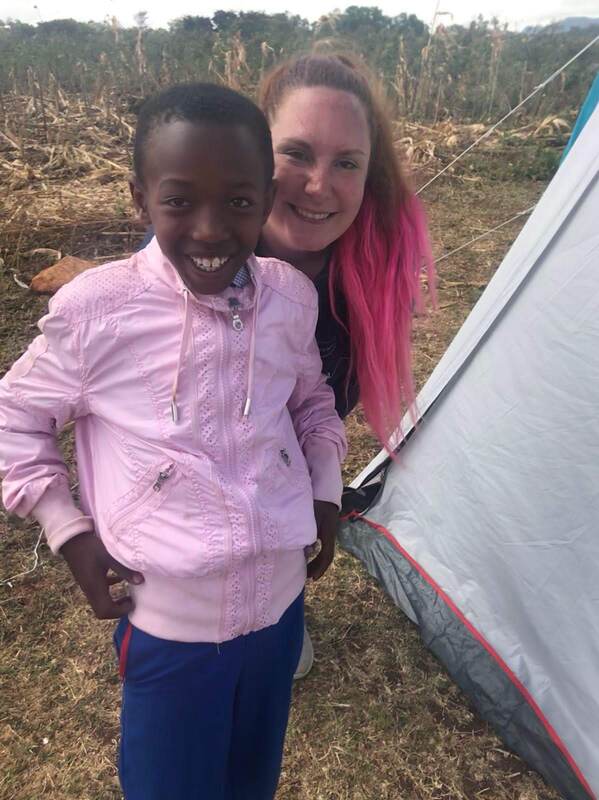 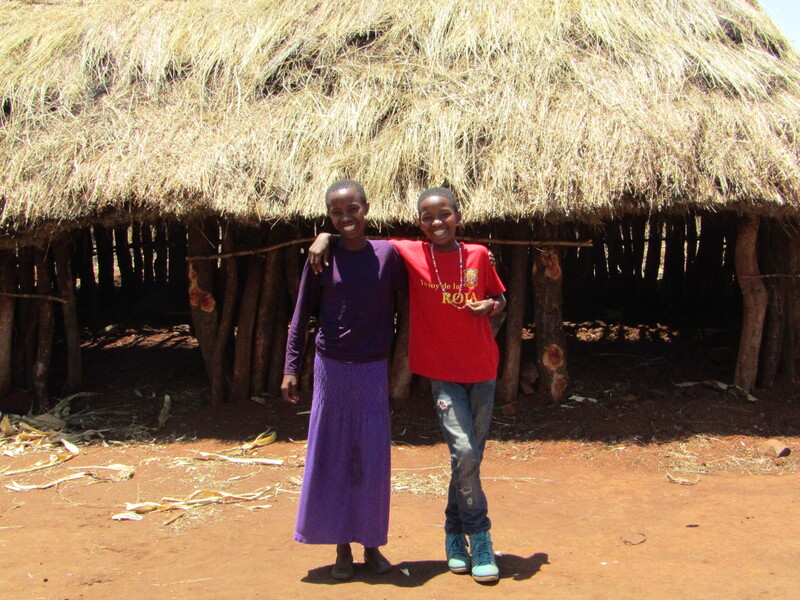 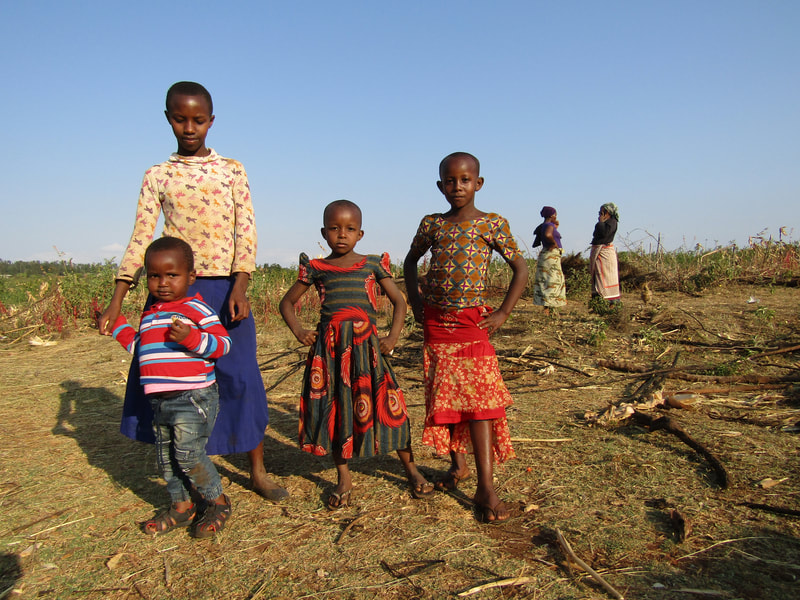 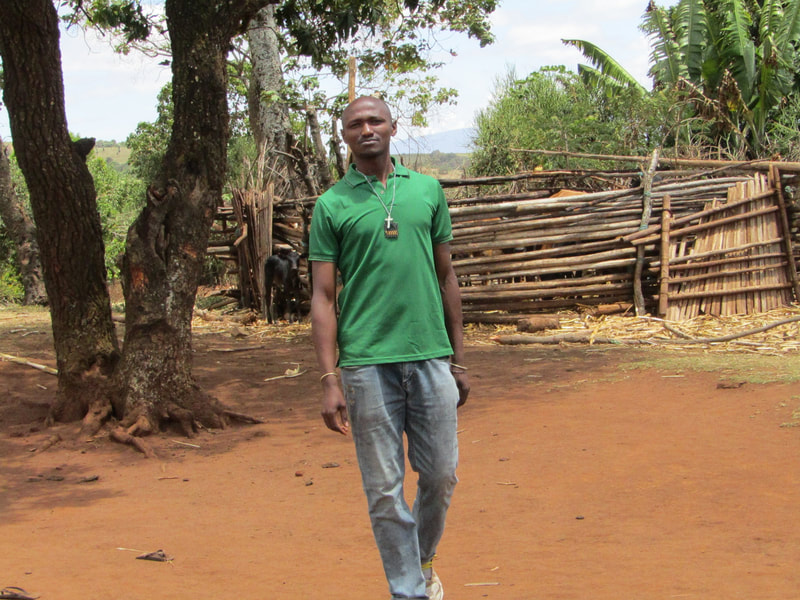 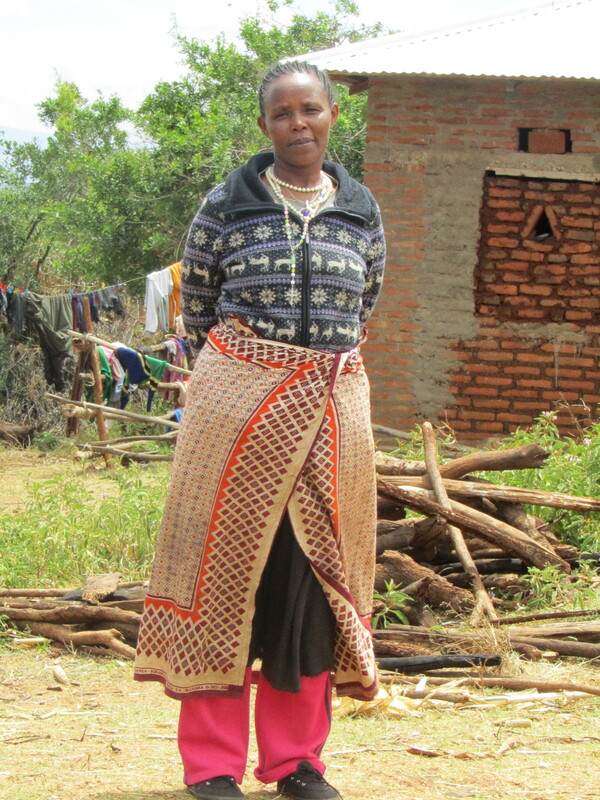 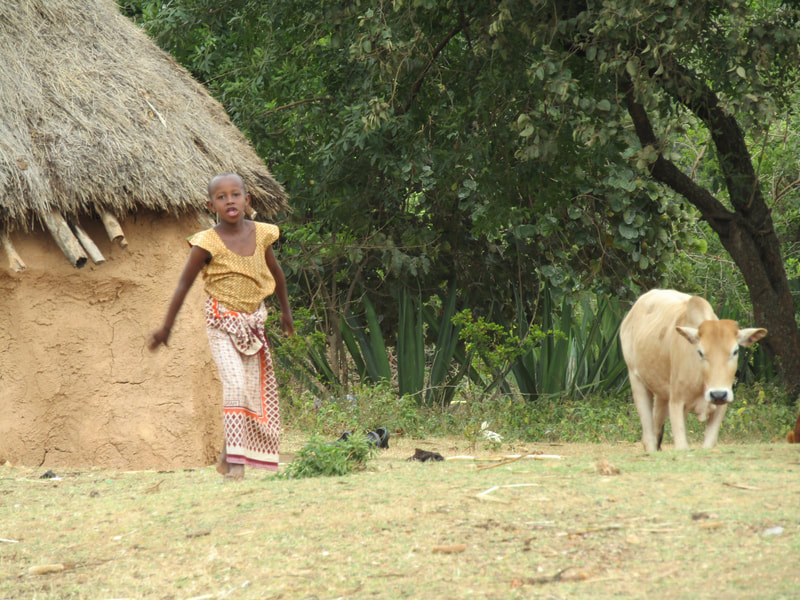 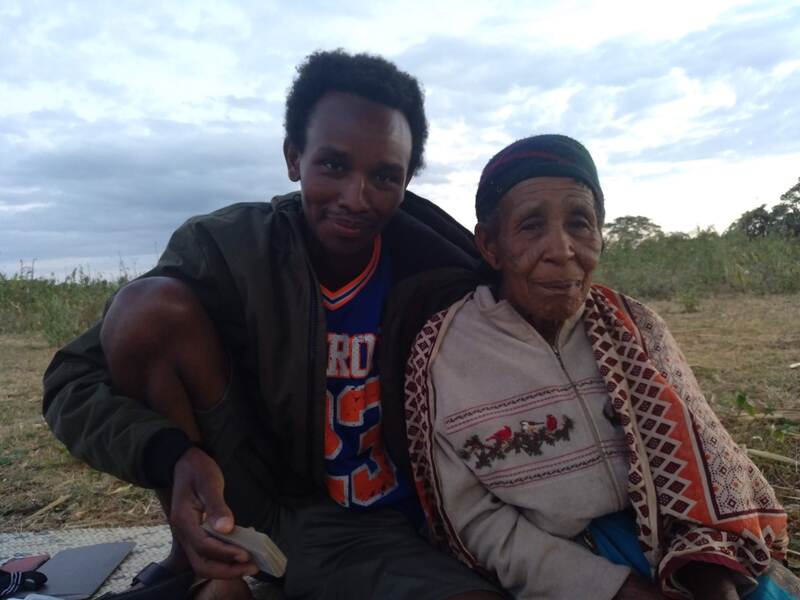 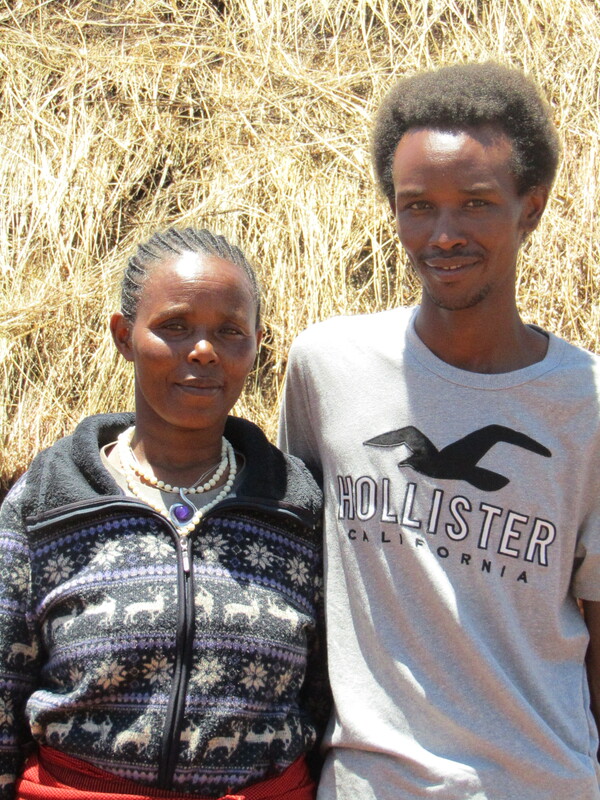 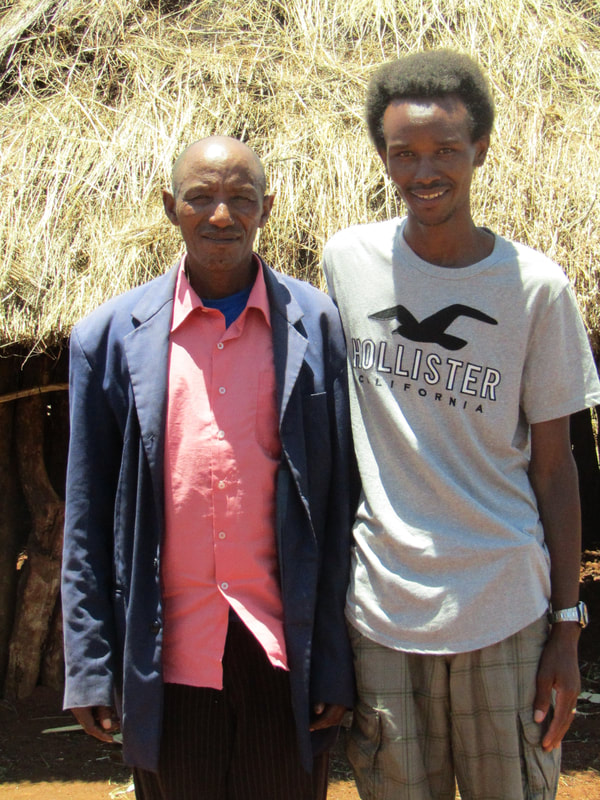 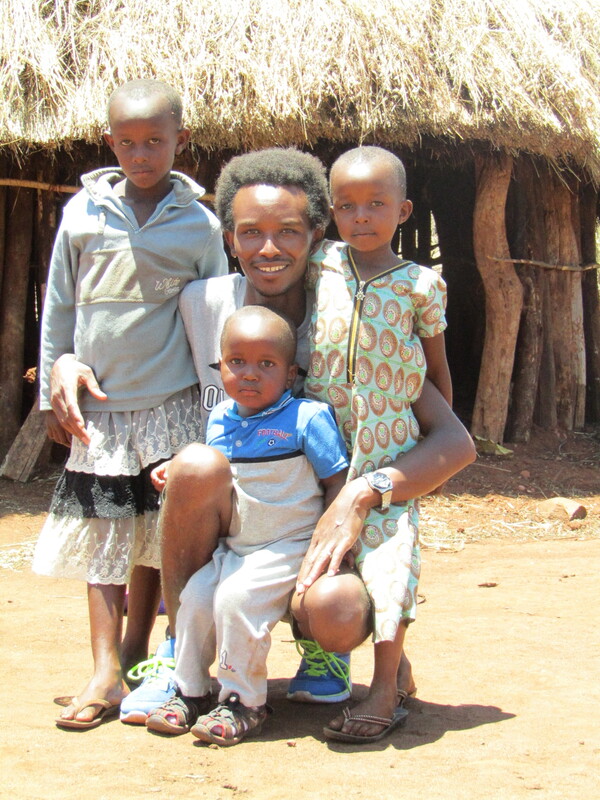